IN SHAANXI PROVINCE, NOODLES ARE A BIG DEAL

AT LAST, DIVING INTO SHAANXI CUISINE 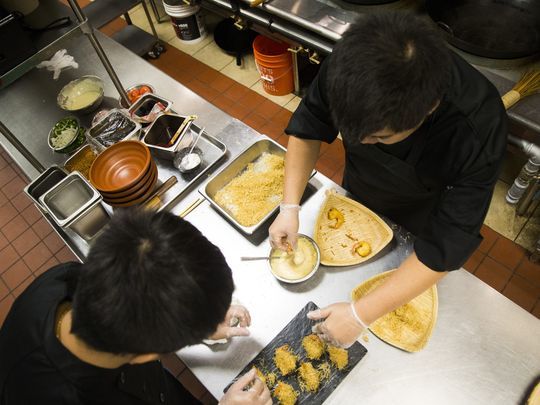 “The region is very dry, so wheat grows in the Xi’an area,” Xiao explains, translating for Huang. “Because it has more wheat, it’s focused on noodles. Noodles are the most famous dish, many types of noodles.”

But Shaanxi Chinese Restaurant is much more than a noodle shop.

Shaanxi is carefully decorated with room for about 120 and a central stage where guests can sing or play instruments. Its owners hope the space will become as much a gathering place and cultural oasis as a restaurant, and they’ve searched far — very far — to bring in the people who can make it happen.

Chef Jiang Niu is a veteran of Xi’an’s luxury hotel scene, having worked at both the Shangri-La and the Sheraton Xi’an. Three months ago, he relocated to the U.S.to lead the kitchen at Shaanxi.

It’s probably not the experience he anticipated.

Accustomed to having an army of prep cooks highly trained in Shaanxi cuisine, Niu has spent weeks bringing a multicultural staff, many of whom do not speak the same language, up to speed.

Walking around his new kitchen in Mesa, bins are tagged with bright yellow sticky notes showing the Chinese characters, Romanization and English translation for every ingredient. One cook demonstrates the process of pulling, tearing and simmering biángbiáng mian — Xi’an’s ancient noodles — while others practice working on a long hot line of blistering woks.

The result is an 88-item menu (eights are considered lucky in Chinese culture) that covers many famed dishes from around China, but is primarily focused on the foods of Shaanxi province, Xi’an in particular. 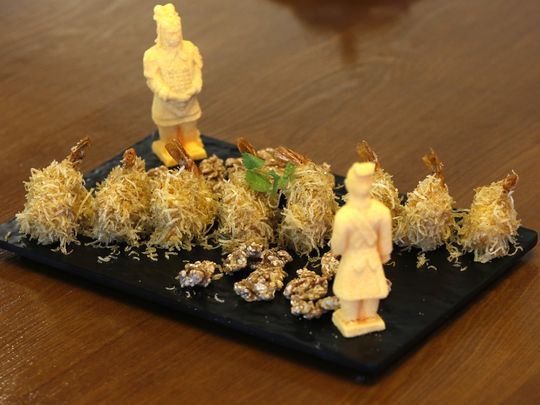 AT LAST, DIVING INTO SHAANXI CUISINE